The long and flourishing journey of Tour.is started 1999, a time when Iceland remained an undiscovered destination to the majority of international travelers. Majority of visitors at that time made a short stopover in Reykjvik on their way from North America to Europe or vice versa.

At this time the founder of Tour.is, Ingi Jón Sverrisson,  had for years worked as a tour guide and bus driver all across Iceland, as well as taking visitors by a modified Super Jeep into the uninhabited highlands and glaciers of Iceland  to pursue his dream of introducing the stunning landscapes of the country, with its abundance of secluded and unique attractions he knew of, to the rest of the world.

Ingi Jón recognized the unique properties and potential that Iceland had to offer as a destination for travelers and started to offer private guided tours and custom travel arrangements based on his local knowledge and passion for sharing the beauty of the country and especially the highlands, in his specially modified Super Jeep.

Ingi's local knowledge and passion for what he was doing shined through and requests for his services gained momentum by word of mouth. With hard work and determination he had realized his dreams of making traveling all parts of Iceland his primary job.

In 2002 he launched the website Tour.is and became a licenced tour operator. Ingi gradually moved from only offering Super Jeep and Private tours,  to offering the so called self drive tour packages and other longer travel arrangements. At the same time Tour.is got a licence to be an authorized and insured Travel Agency by the Icelandic Tourism Board (licence number 2006-023).

As time passed,  Iceland gained more interest and the operation grew too large for one man to handle and others started to join the team. Among them his son Ólafur Örn (Óli) joined Ingi after finalizing his studies from the Icelandic School of Tourism in 2010. They say that the apple doesn't fall far from the tree and in our case that could not have been more true whereas his other son Jón Sigurður (Jónsi) , a University graduate with Bachelors degree in Tourism also joined the Tour.is team in 2014.

Since then Tour.is has gradually grown and new travel experiences have been added to our portfolio of tours and more experienced people have joined our team. Our teams ultimate goal of saying goodbye to happy visitors at the end of their tour in Iceland,  by doing our very best to give honest opinions, good recommendations and personalized services is still the same as when Ingi started. 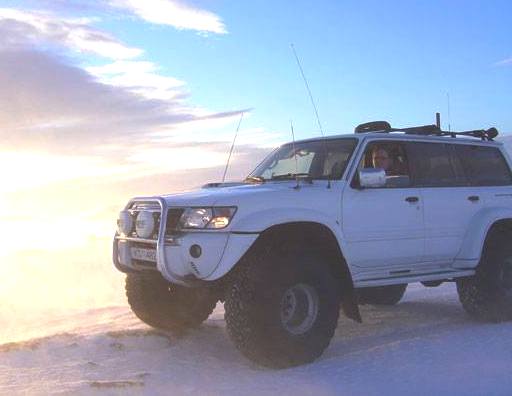 Ingi driving his Superjeep in the early days of Tour.is