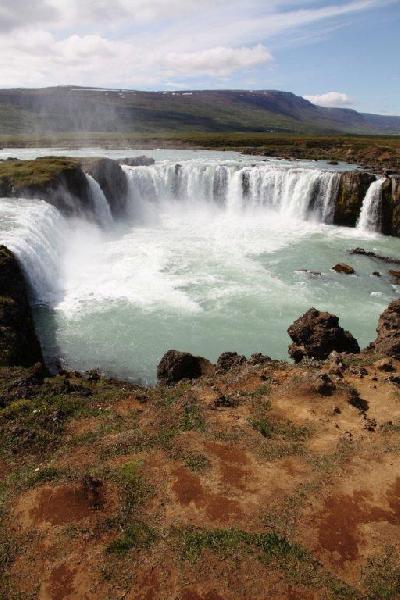 Goðafoss is a spectacular waterfall in North Iceland. Goðafoss translates to waterfall of the gods. The waterfall is 12 meter high and has a wibdh of 30 meters.

Goðafoss is involved in one of the most important event in Icelandic history. This event is the conversion from heathendom to christianity in the year 1000.

After returning from parliament it´s said that Þorgeir threw his heathen god icons into Goðafoss in a symbolic act of the conversion. This is how the waterfall got the name Goðafoss or The waterfall of the gods.