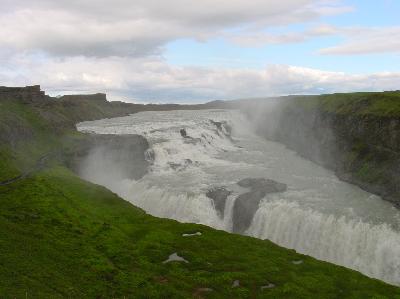 Gullfoss or the Golden falls is a beautiful waterfall in south Iceland with an average flow of 140m3/s in the summertime.

Geysir is the name of the Geyser Geothermal Field in Haukadalur, but Geysir is also the biggest geyser in Haukadalur. Geysir has been quiet for some time now but Strokkur erupts every 5-10 minutes along with other little hot springs nearby.