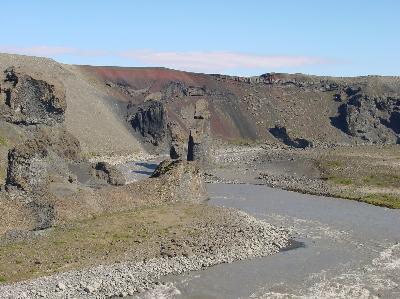 Jökulsárgljúfur National Park was established in 1973 and when Vatnajökull National Park was established in 2008, Jökulsárgljúfur became a part of it.
Jökulsá á Fjöllum, one of Icelands largest rivers has flowed for thousands of years from under the glacier Vatnajökull and has made its marking in the landscape on its 200km way to Öxarfjörður bay where it merges in the sea, e.g. formed the mysterious and powerful waterfall Dettifoss, which plunges into graceful canyons of a depth over 100 meters and 500 km width.