All the Spectacular Sites to Visit in Icelands National Parks 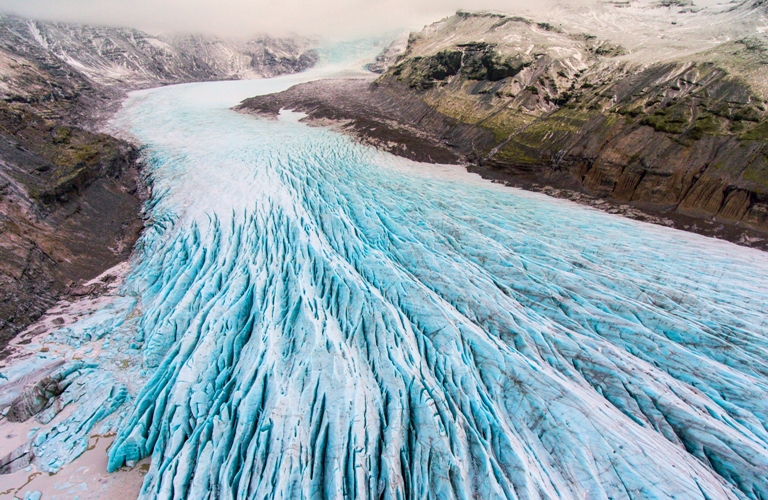 Glacier tongue carving out a valley

As naturally curious beings, humans crave excitement and adventure. Though there are many ways to achieve this, few can compare to traveling to a different nation. Along with the thrill you get, it also exposes you to a wide range of things. You will get to interact with different cultures, learn new languages, experience new cuisines, explore exciting sites, and, best of all, make new friends. With hundreds of nations in the world, there can be no shortage of places to visit. However, one country that's fast becoming a popular tourist destination is Iceland. Also known as the land of the midnight sun, the island nation of Iceland is one of the most exciting places on earth. Icelands national parks are also endowed with stunning natural beauty composed of majestic lakes, scenic snow-covered volcanic ranges, and other iconic landscapes.

This is why millions of tourists visit Iceland every year. Some of Iceland's other attractions include geothermal baths, the Northern lights, black beaches, and lakes. However, the must-visit places during your Iceland tour are the national parks. With three main national parks, each with unique and indigenous flora and fauna, you will have plenty of exploring to do. Here is a guide to Icelands national parks.

To accentuate its beauty and cultural and historical significance to both Iceland and the world, it is recognized as a UNESCO world heritage site. On three sides of the park are mountain belts with grass-covered lava. On the southern end is Lake Pingvallavatn. The dramatic fissures and cliffs in the active volcanic area are the perfect demonstration of continental drifting.

Some of the key places to visit in Thingvellir National Park include:

The Law Rock is a special place where key Althing processions took place. Each year in June, the presiding chieftain and the priest of the Old Norse religion would officially open parliament and declare sanctuary at the site. Crucial matters regarding the nation were discussed here, and public members were also allowed to address the assembly. Up to this day, the Law Rock is held in high regard, making it a must-see site.

Marking the eastern boundary of the North American Plate is a 7.7 km long gorge named Almannagja. This is one of the tourists' favorite attractions in the park. The area has multiple ravines with crystal clear water.

At its widest point, the gorge is 64m wide. However, there are some places where you can walk to the other side. The Oxarafoss, a waterfall, is yet another exciting feature. The Almannagja is not only a scenic site but one that's serene, and more importantly, family-friendly.

Near the Law Rock is Flosaja, one of Thingvellir's main faults that's shaped like a fork. At present, Flosgaja has clear waters that reach depths of 25 meters. Nikulasargia, the eastern branch, is the main attraction of the fault.

Since a bridge was built in 1907, a culture of throwing coins in the water below started. Due to this practice, it was nicknamed Peningagja (Money Fault). This ritual is not inspired by folktale. People throw the coins in the water to look at them from the bridge above, signifying the water's clarity. 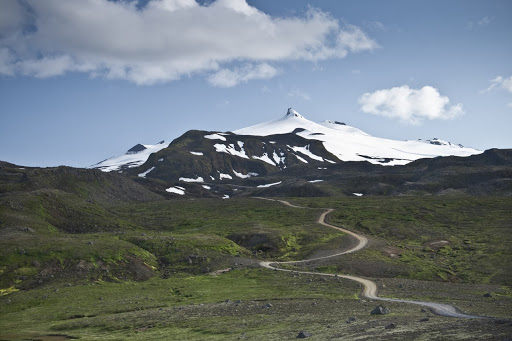 Approximately 190km from Reykjavik is the Snaefellsjokull National Park, located on the western side of the Snaefellsnes peninsula. Over the years, the park has remained the same, retaining its natural beauty. This is best seen when standing on the edge of the Londrangar basalt cliffs, where you will also get an exquisite ocean view.

The best time to visit the park is during the summer months from June to September. This is when all the park services and park rangers are available to offer support. With numerous things to do and see in the park, it is best to visit with a rental car. This will give you the flexibility of switching sites as you please.

Some of the main attractions in the park include:

The park is named after the volcano on which it seats. Atop the volcano are three majestic peaks from where you will see the park's expansiveness and a closeup of the majestic glaciers. In between the peaks is a crater that is touted by some as a gateway to the earth's center.

Also known as the singing cave, Songhellir is one of the main attractions of Snaefellsjoskull National Park. Even if you're claustrophobic, this is one place you have to visit. The echoes within the cave are musical and simply delightful. For centuries, people have been visiting the cave and leaving their names carved on walls and stones, with some being 300 years old.

If you want to feast your eyes on something truly breathtaking, visit the park between September and mid-April. This is when you will have the best chance of seeing the Aurora Borealis, better known as the Northern Lights. This natural phenomenon's beauty is well-known but inadequately captured as there are no words that can truly explain its magnificence.

In the early days, there were clans of fishermen living in the area. You will learn entertaining folk tales about them at the visitor's center through integrative displays that engage all of your senses. Though it is not the park's main attraction, it's certainly worth visiting.

The Vatnajokull National Park is the largest national park in Western Europe. It comprises several smaller parks such as Jokulsargljufur to the north and Skaftafell to the south. The park is expansive, covering approximately 14,000 square km, equal to 14% of Iceland. To fully tour the park, you will need to travel by plane, boat, and foot. 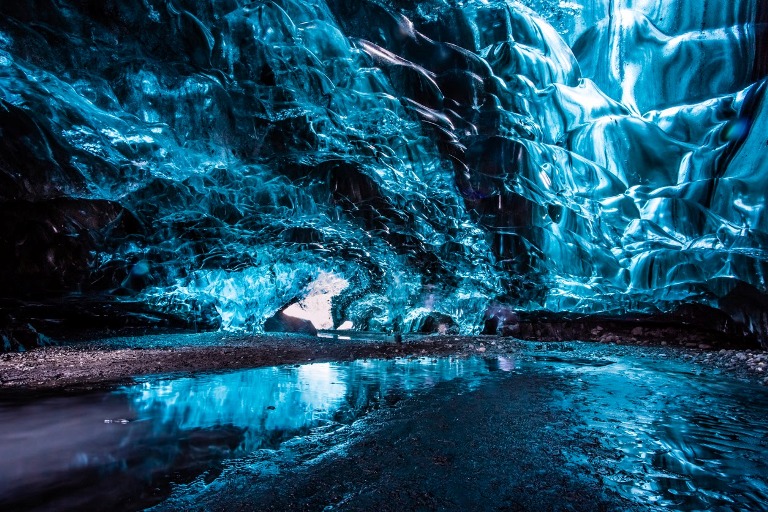 The park is home to the Vatnajokull glacier, which is the largest glacier outside the arctic circle. Being the park's main attraction, it's good that the glacier is big and hard to miss. It covers nearly 8% of Iceland. Adding to the mystery and allure, there are hidden active volcanos and subglacial lakes in the glaciers.

If you want a view of the park from above, head on to Hvannadalshnukur, Iceland's highest point. For hiking aficionados, it presents a worthy challenge and a paradise of sorts. It's only after you get up there that you will truly appreciate the beauty of the park. You will get a good view of all that the park offers, from the lush woodlands, wetlands, glacial rivers, mountains, and canyons.

America has the Grand Canyon, and Europe has the Dettifoss, and guess where it is? At the heart of Vatnajokull National Park. Dropping 45 meters into the Jokulsargljufur Canyon, the largest canyon in Iceland, the Dettifoss waterfall is the most powerful in Europe. The waterfall is so powerful that vibrations can be felt in surrounding rocks. After hitting the bottom with power, the water sprays, forming rainbow-like manifestations that add to its awe. 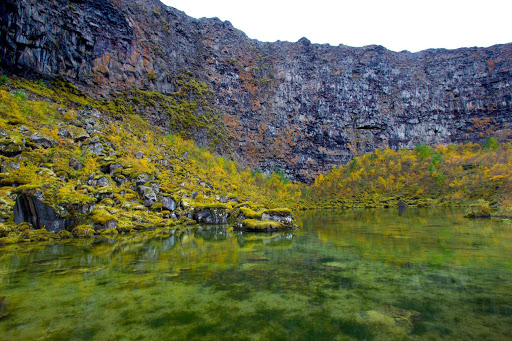 In a park with several waterfalls and canyons, choosing which one not to see is challenging. There are still sites you cannot afford not to see, such as the Asbyrgi canyon. This remarkable horse-shoe shaped canyon is also known as 'Shelter of the Gods.' According to tales from the Viking settlers who lived there centuries ago, the canyon is the hoof-print of Odin's eight-legged flying horse named Sleipnir. If you are a fan of Norse mythology, it will be exciting to walk where Odin himself walked.

Scientifically, however, it is believed that the canyon formed as a result of a huge flood from the Jokulsa glacial river that's nearby. The canyon has cliffs that are as high as 100 meters that engulf its luscious forest and vegetation. Though the canyon is a protected area, people can climb it or camp near the entrance.

Though you can visit the park at any month of the year, only the lowlands are accessible all year. Also, during the summer months, you will need a 4x4 vehicle to get to the highlands. Nonetheless, it is such challenges that make the adventure even more exciting.

Other exciting things to do at the park include:

When you think of national parks, it's easy to imagine an expansive plain where you get to see a wide range of animals. However, this is not the case with Icelands national parks. There are many animals to see, but they're just one of many amazing features. These parks have waterfalls, canyons, glaciers, and, most of all, historical and geological significance.

The secret to having a memorable trip is planning. Tour.is is a travel company that offers a wide range of services that save you the time and hassle involved with planning a trip. Contact us today to make sure your trip to Iceland's national parks is nothing but enjoyable.