This Reykjavík city break northern lights package is for those who want to maximize their chances of sightings of the amazing Northern Lights and to enjoy all the things that the city of Reykjavík has to offer. This Iceland city break with northern lights tour package includes a guided tour to visit some of the most popular sites in Iceland. Among those sites are Gullfoss waterfall, Geysir geothermal area with its spouting geysers and Þingvellir National Park. A great way to get the chance to see the Northern Lights, visit some of the most popular sites in and outside of Reykjavík and relax at the famous Blue Lagoon. 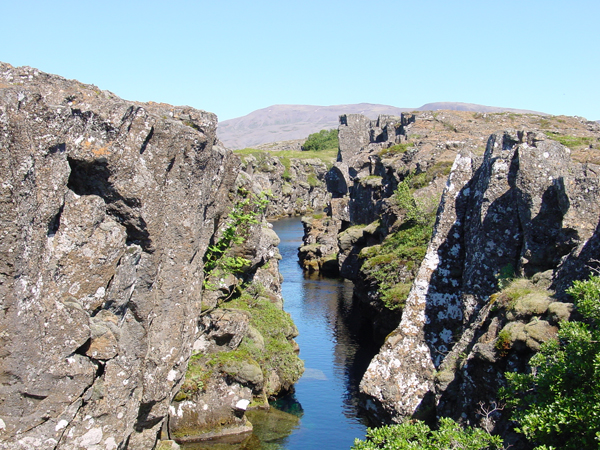 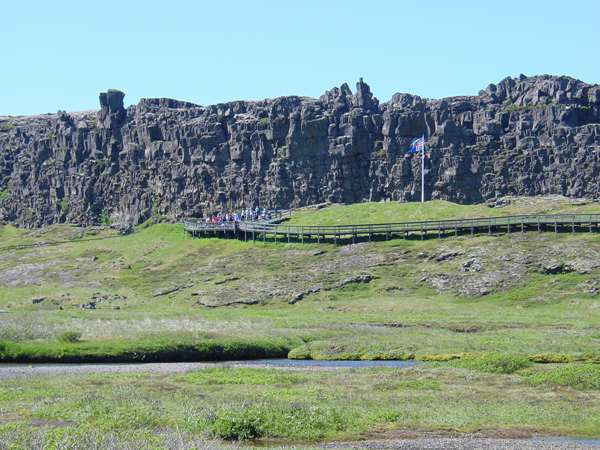 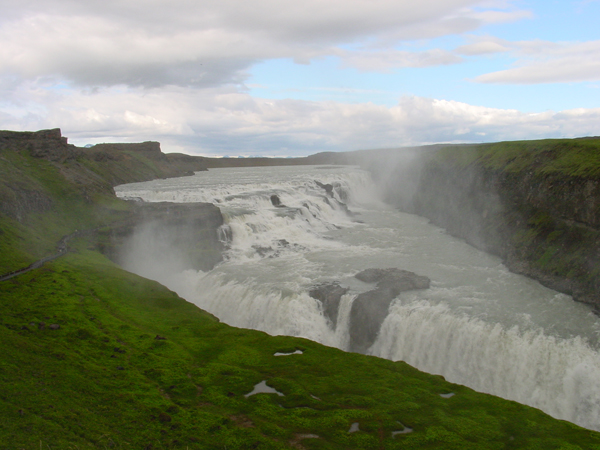 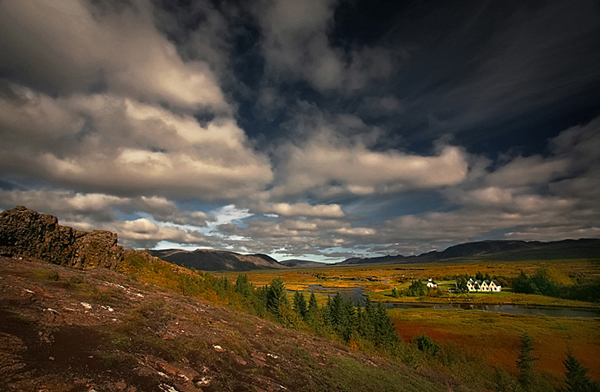 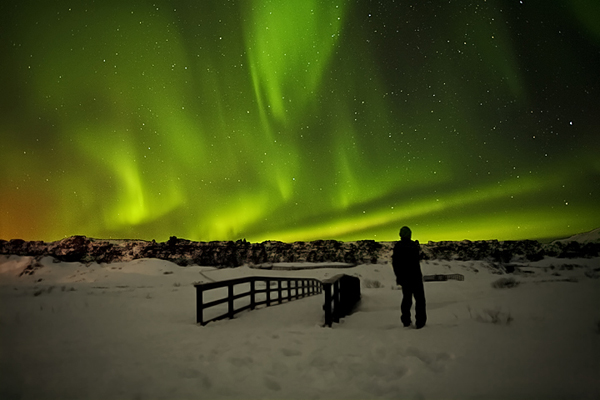 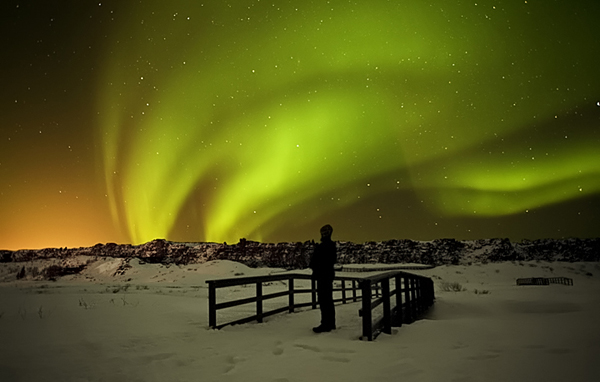 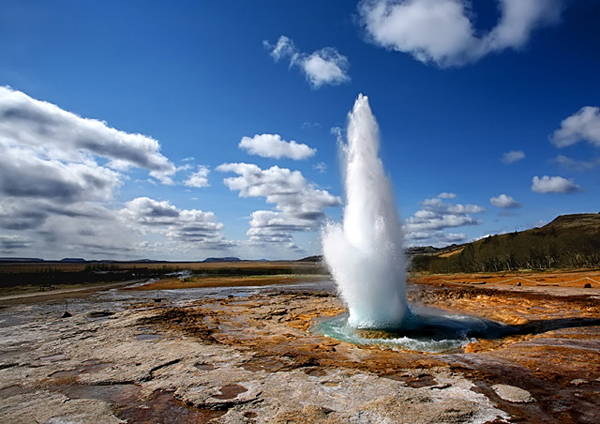 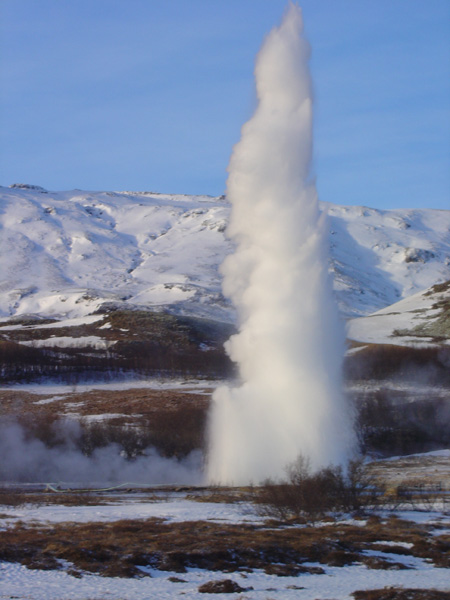 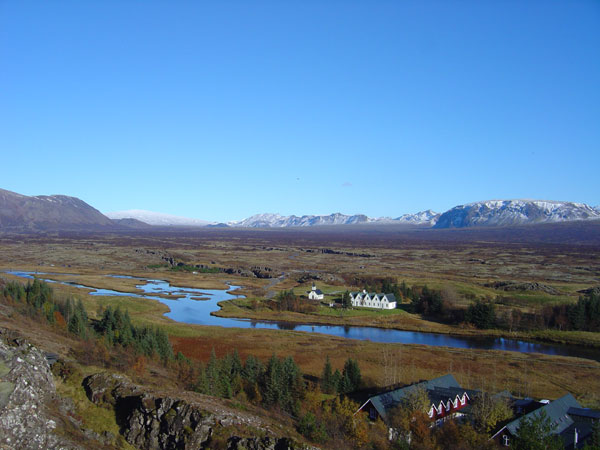 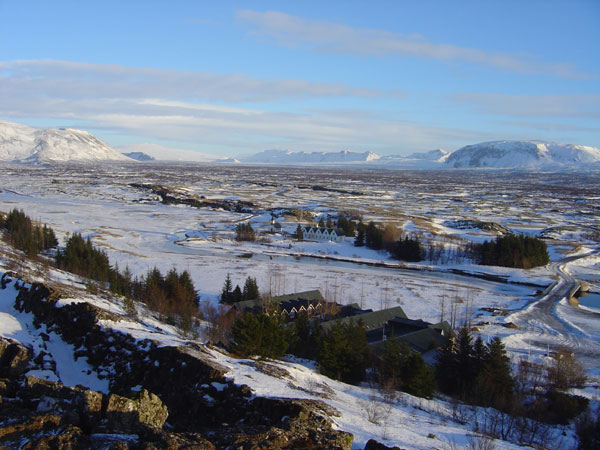 Please note that Extra nights can be added to the package upon request.

Upon arrival at Keflavik airport a Flybus transfer is included to your chosen accommodation in Reykjavik. You will be free for the rest of the day to explore Reykjavik, visit museums, landmarks etc. Visit the Northern Lights Center, where you will learn about the phenomenon of northern lights by viewing facts and figures on wall posters, HD screens and interactive devices. Downtown Reykjavík offers excellent restaurants, cafés, bars and clubs.

At 19:30 you will be picked up to try your luck and go out for a hunt for the stunning Northern Lights. We will take you out of the city lights in hope of seeing the Northern Lights.

When Northern Lights have been spotted, you will be able to go outside and see the fantastic shapes and colors in the dark sky. You will have plenty of time to take photos and truly enjoy the moment.

Please note: We cannot guarantee sightings even if the tour is operated. In these cases we offer our customers a second tour free of charge.

After breakfast at the hotel, we will start by taking you on a 3 hours guided Greater Area Reykjavík Sightseeing Tour.

This tour covers the citys top attractions, interesting facts and stories. It provides an excellent opportunity to discover various things to see or to do in Reykjavík during your stay in Iceland.

On this tour you will see the The old Höfði house where the all-important summit between the presidents Ronald Reagan and Mikhail Gorbatsjov took place in 1986. Höfði house is also believed to be occupied by a ghost known as the The White Lady.

The tour proceeds to the the Harpa concert hall and conference centre.

We will check out the City Centre. You will see Hallgrímskirkja church, whose design was inspired by basalt lava columns  a common volcanic rock formation in Icelandic nature.

We proceed to the viewing platform at Perlan which provides a breathtaking 360° view over the charming city of Reykjavík.

The final stop on the tour is on the outskirts of the capital to visit Bessastaðir, the official residence of the President of Iceland.

The tour takes a break in the city centre where passengers are dropped off to take a stroll or have lunch (not included).

After the break, - board the Blue Lagoon transfer bus, which leaves Reykjavík at 14:00, and takes you to the Blue Lagoon. The Blue Lagoon is a geothermal spa situated in a lava field south of Reykjavík capital area. Once there you have many recreational options such as walking in the Blue Lagoons spectacular surroundings, bathing in the milky blue-green water or enjoying a massage under the open sky. Return transfers to Reykjavík are available at 16:15, 17:15, 18:15, 19:15, 20:15 and 22:15.

The Golden Circle Classic Tour (duration 6-7 hours) takes you on a wondrous circular journey through the heart of Icelands Southern Region, stopping at some of Icelands most iconic sites.

Þingvellir National Park is an attraction of great historical, geological and cultural significance. Located in a rift valley where the Eurasian and North American tectonic plates meet, the UNESCO designated world heritage site is also the birthplace of the AlthingIcelands parliament founded in 930 ADwhere the nations most powerful leaders would meet to decide on legislation and carry out brutal Viking-age justice.

From Þingvellir, the tour continues across an area of picturesque scenery to the mighty Gullfoss waterfall. Once there, you can take several paths around the two tiers of cascading water to explore several vantage points. Extra time is allotted at this location for a lunch break at Gullfoss Café.

Home of The Great Geysir hot spring, which all geysers are named after, this area is an impressive collage of bubbling mud pools, hissing steam vents, and colourful algae deposits. Strokkur geyser puts on quite the show every few minutes blasting boiling water high up into the air.

While any one of these stops makes incredible fodder for your Instagram feed, they also all have rich histories and fascinating tales, each told with their own nuances by our knowledgeable guides. Its not just facts and figures that bring these places to life, but the compelling stories our guides have collected over time.

A Fly Bus transfer from your hotel or a nearby Bus Stop to Keflavík airport. 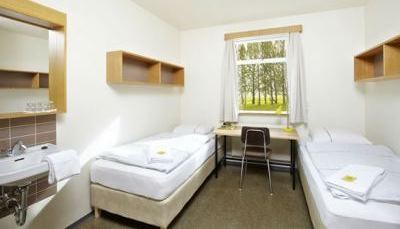 Rooms in guesthouses with shared facilities but sometimes with washbasins in the rooms. Breakfast is included.

END_OF_DOCUMENT_TOKEN_TO_BE_REPLACED

Rooms in Hotels or quality guesthouses with private shower or bath and WC. Breakfast is included.

END_OF_DOCUMENT_TOKEN_TO_BE_REPLACED 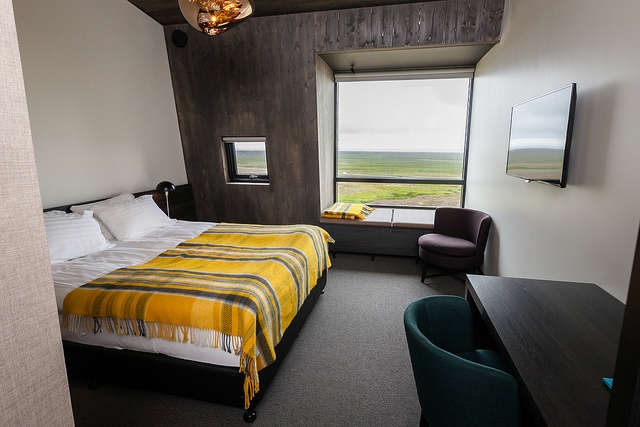 END_OF_DOCUMENT_TOKEN_TO_BE_REPLACED


Early morning arrival: Check in time at hotels is usually between 14:00 - 16:00. If you arrive early morning, you may not be able to check in immediately on arrival.
Age limit for the Blue Lagoon is 2 years.
Day(s) can be added before and / or after if your arrival and departure does not fit the itinerary of this tour. Additional day tours can be added for the additional day/s. If you have any questions please don´t hesitate to contact us by email to tour@tour.is and we will be more than happy to advice.